Twitter
"What I truly believe is that music and myself are made out of the exact same thing. I do this not for any notoriety or fortune, but because I am literally called to do it from the deepest part of my being. There is nothing else on earth that even comes close to music." - Wil Key
@Wil_Key
#globetrottercd
Twitter
Instagram
Soundcloud

Los Angeles-based artist and producer, Wil Key, is the genuine article! A triple-threat studio veteran who has produced, recorded and performed with some of the finest talent on the planet including Sy Smith, R&B/Jazz singer Miki Howard, Jill Jones (Paisley Park) members of Linkin Bridge (America’s Got Talent, Jimmy Fallon), The Flobots (Universal Records) and Def Jam recording artists Playa, whose subsequent debut album was produced by Timbaland and features Missy Elliot and the late Aaliyah among others. The Louisville, Kentucky native, who sings and plays several instruments, has also worked extensively with former JIVE recording artists L.A .Ganz, with whom he attended the High School of The Performing Arts as a Theater and Music major. The group recorded fifteen tracks for the label, four of which went on to be included on Major-Motion-Picture soundtracks including Booty Call, Phat Beach and The Long Kiss Good Night (Samuel L. Jackson). In addition to co-sequencing the LA Ganz song “Count On Me,” which is featured on the soundtrack for the New Line Cinema release Dangerous Ground (Ice Cube), Wil also performs the piano solo.

Wil is an alum of Howard University (Fine Arts) in Washington, D.C – home to several highly talented contemporaries including Chris Dave, Gorden Campbell, Maritri Garrett, Marlon Wayans and Eric Roberson (to name a few). He moved to Denver and studied graduate audio recording for 2 years at the University of Colorado at Denver (UCD) with Roy Pritts. While there, he received honorable mention from legendary producer and engineer, Eddie Kramer (Jimi Hendrix, Led Zepplin), for his production and performance of the original song “Dandelion” which is featured on Wil’s solo debut album entitled “Gypsy.” Wil went on to receive a Masters of Music in Jazz Performance and Pedagogy from the University of Colorado at Boulder. He has been a guest lecturer at several college campuses including the University of Louisville, and the University of Northern Colorado where he has presented courses on keyboard technology and software synthesis. He currently teaches college-level Music Production courses and runs his own recording studio.

Each song on the new project, entitled “Globetrotter: Side B,” was recorded in a different country beginning with a stop in London, England (UK) where the artist recorded “Worldwide Symphony” aboard an actual cargo ship that has been converted to a recording studio floating on the Thames river. Other countries on the recording itinerary were Denmark, Netherlands, Australia, Germany, Brazil and Lagos, Nigeria where Wil connected with the top female percussionist in that city, Ara Olamuyiwa to record traditional African drums on the mid-tempo groove tune “Mahogany.” The final recording session brought the artist back to America to feature legendary Paisley Park vocalist  – Jill Jones on a brand new original tribute song to Prince entitled “Tracy’s Parade (We Thank U)” which was recorded in Hollywood just around the corner from Prince’s beloved studio – Sunset Sound. The song also features one pf Prince’s bassists – Andrew Gouche and guitarist Tori Ruffin of The Time. There are over 40 artists and musicians on this double-album collection which is available on CD and all major streaming platforms. A vinyl version is also in the works!

Although he has many years of writing and performing experience under his belt, he says “I feel as though this is just the beginning, I have many stories to make!” 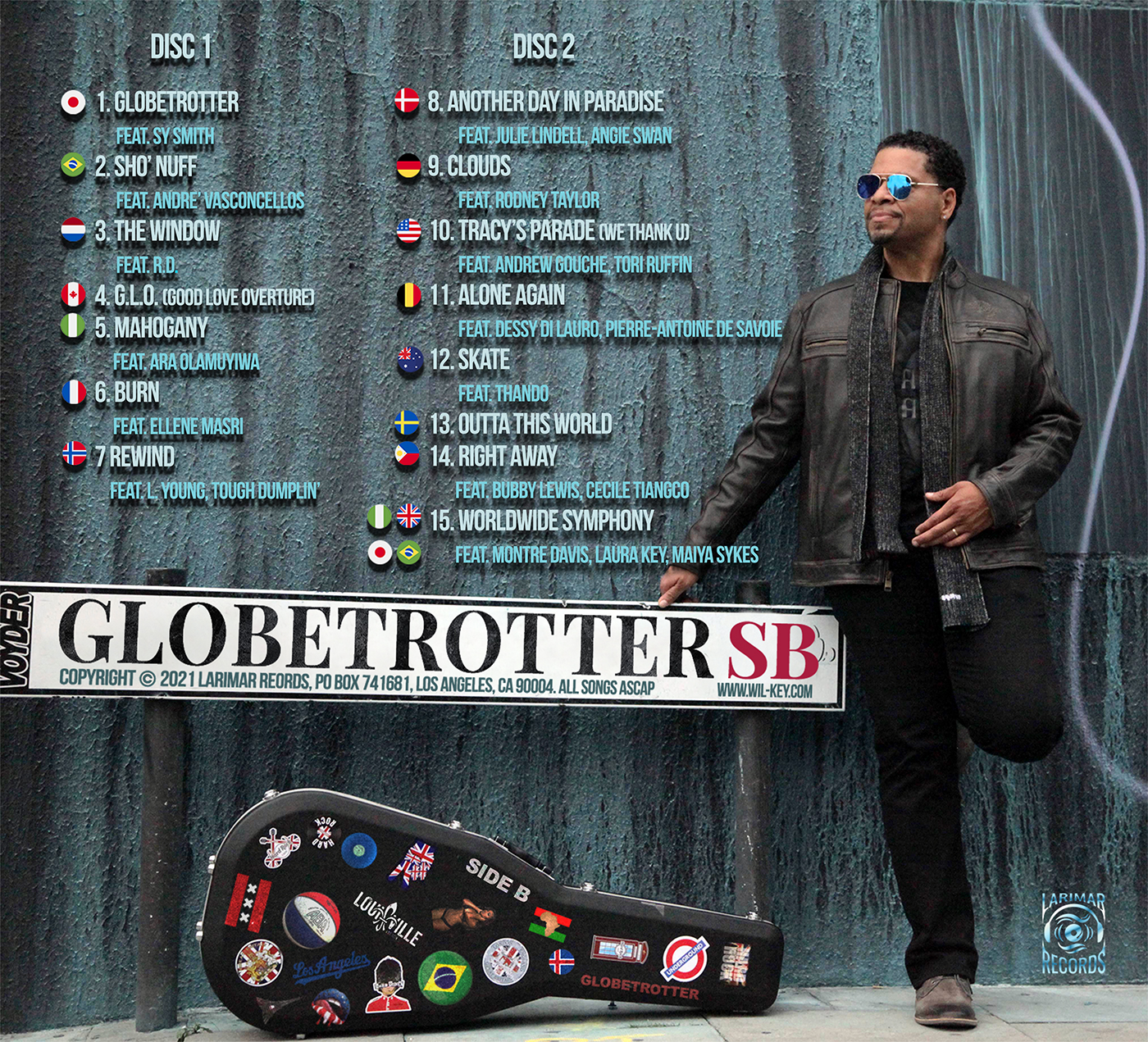